Kevin Richards, Vice President of Marketing and Sales, moderated the discussion via Zoom with the members of Team Master Spas.

"This year was the first time we have ever held a virtual dealer meeting, bringing together our global network of dealers," Richards says. "While we had to pivot, the virtual platform afforded us the unique opportunity to bring together all of our athletes. 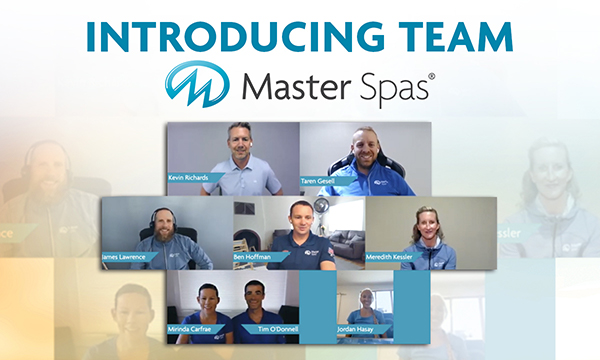 "Our Team Master Spas program has grown this year, as being able to swim at home was crucial. This panel discussion gave our dealers insight into how these athletes are an integral part of the Master Spas family."

During the panel discussion, the athletes shared how they use a swim spa by Master Spas to train, recover, and relax in the convenience and safety of their backyard.

The H2X Challenger Series from Master Spas bridges the gap between traditional jetted swim spas and propulsion systems. The unique airless jet system creates a water current that is more efficient, powerful, and smoother than the competition. With the ability to control the resistance and temperature, novice swimmers to competitive triathletes can enjoy a continuous swimming experience that mimics open water. That's why swim spas from Master Spas are the official swim spa of the IRONMAN® World Championship.