Master Spas has debuted a new video starring 23-time Gold medalist Michael Phelps, wife Nicole and their oldest son Boomer. Master Spas takes viewers into a swim spa with Phelps to see how his relationship with water has changed since retiring.

"The water and the pool are always going to be a part of who I am," Phelps says. "But for me, it's different now than when I was training. I like getting in because it’s peaceful."

Showcasing the versatility of Michael Phelps Signature Swim Spas by Master Spas, the video features Michael Phelps spending time with his family, as well as working out, swimming, and relaxing all within the swim spa. 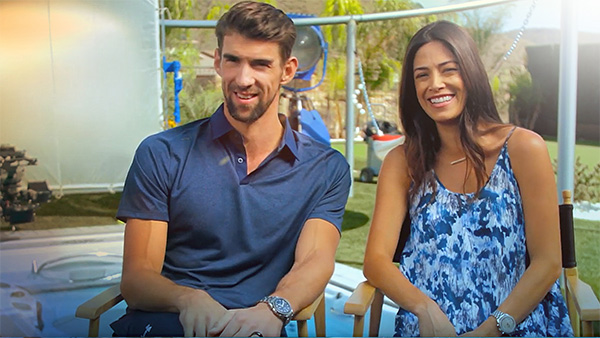 The partnership between Phelps and Master Spas began in 2010, with the launch of the industry-leading Michael Phelps Signature Swim Spas line. Master Spas has continued its reputation for leadership with the addition of innovative, industry-first features. Today, Phelps’ relationship with Master Spas also includes the Michael Phelps Legend Series, an ultra-premium line of hot tubs.