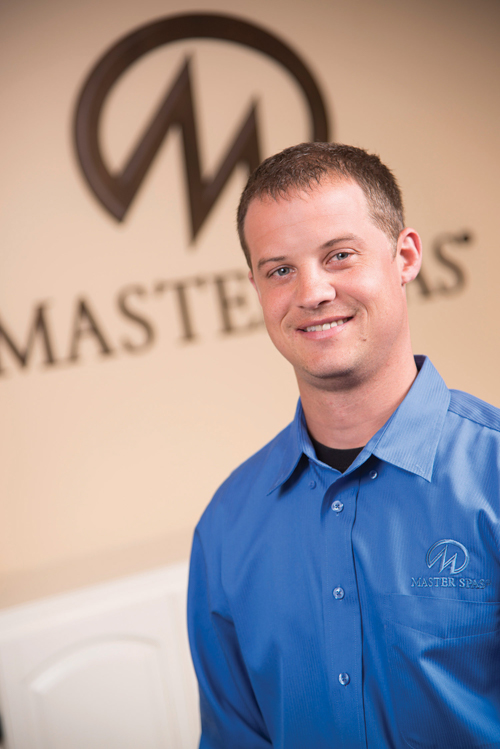 The Association of Pool & Spa Professionals (APSP) announced its 2017 APSP Fellows, recognizing Master Spas’ Vice President of Engineering, Nathan Coelho, as a recipient of the prestigious award. The award is given to peer-nominated leaders who have made a significant contribution to the hot tub and pool industry through innovation in their workplace, volunteer service, and research and education to further the aquatic community.

Coelho, as well as the other three Fellow award recipients, was recognized in the October issue of Aqua Magazine and at the APSP Awards Reception held October 31, in Orlando, Florida. APSP Fellows are truly committed to bettering the pool and spa industry while embodying the qualities and values the organization is built on, as well as displaying a history of professional achievement. Fellows can be nominated from any area of the aquatic community, from non-profit organizations to manufacturers.

Between his contribution to Master Spas and his relentless drive to improve the industry, Coelho has earned a stellar reputation among his colleagues. After starting at Master Spas more than 13 years ago as a customer service manager and advancing to his current position as VP of Engineering, Coelho’s efforts to spearhead the pool and spa industry did not stop with his innovation in the workplace. Throughout his 15-year career, Coelho has devoted countless hours to volunteerism, becoming one of the first members of the International Hot Tub Association’s Engineering Committee in 2008, and serving as chairperson for eight years. Through his leadership and participation on various committees, he has been instrumental in writing new standards and working on international regulations.

"Nathan has extensive experience and commitment to making this industry safe, successful and always progressing," Master Spas CEO, Bob Lauter, said. "He is valued by his colleagues for his knowledge, commitment and contributions to not only Master spas, but the pool and spa community at large."

Master Spas is the largest portable hot tub and swim spa manufacturer in the world with all products built in the U.S.A. Read more >

The Association of Pool & Spa Professionals (APSP) is the world’s oldest and largest association representing swimming pool, hot tub, and spa manufacturers, distributors, manufacturers’ agents, designers, builders, installers, suppliers, retailers, and service professionals. Dedicated to the growth and development of its members’ businesses and to promoting the enjoyment and safety of pools and spas, APSP offers a range of services including professional development, advocacy at the federal and local levels, consumer outreach, and public safety awareness. APSP is the only industry organization recognized by the American National Standards Institute to develop and promote national standards for pools, hot tubs, and spas. For more information, visit APSP.org.